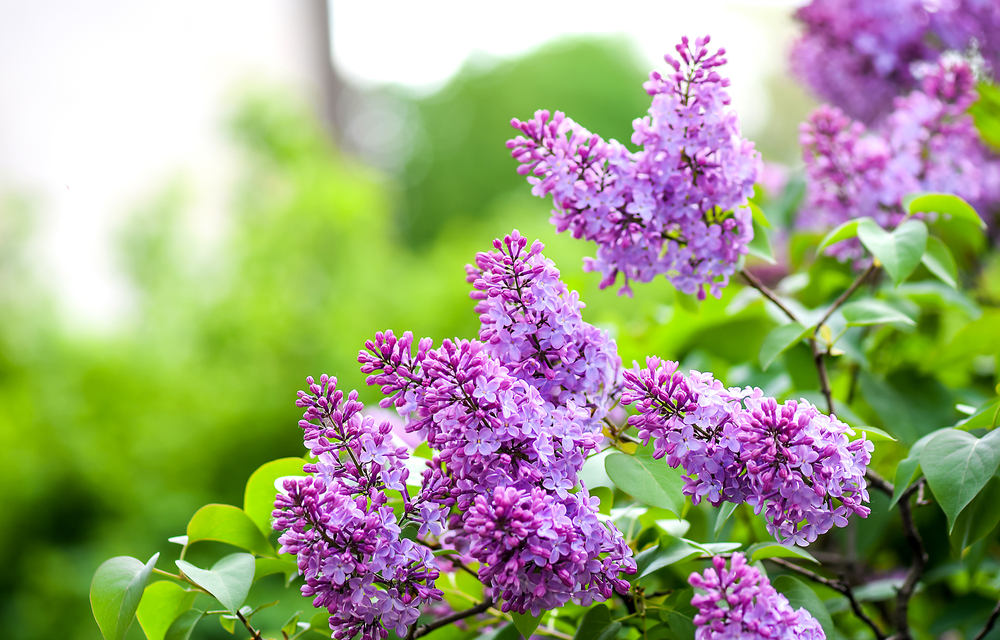 A vase gorged with lilacs revealed a frenzy of white in the freshly waxed wood.

When Sarah was a school girl, she did certain rituals for her mother without complaint. She also groomed her pony and filled his oat bucket without reminder. Sometimes her mom asked for fresh fish for dinner. With a child’s fascination for a worm pit, she dug out a canful, the best bait for sunfish, then camped on the bank of the pond for a few hours until she had a dozen good-sized sunnies to clean.

But her favorite chore was cutting the lilacs.

One week every spring, the purple bush by the barn hung heavy with blossoms more sweet-smelling than the hyacinth a month earlier. After dinner, Sarah collected the prettiest branches she could reach in a rinsed-out utility bucket. Then she trimmed them in the kitchen sink under water, taking off half an inch more with kitchen shears, splitting the ends, just as her mother had taught her. Arranging them was the best part. Once she’d removed the leaves, she lined them up on the counter. She put the tallest and fullest branch in the middle, placing the rest of the stems around it, as many as she could fit, without crowding the vase.

Even in a cheap glass vase, the lilacs gave a room full of cast-off furniture the glow of rare antiques. Until the blooms were spent, their fragrance masked the smell of an unhappy home.

One day Sarah would grow lilacs of her own, these perfect flowers with a little marriage magic in them.

Last fall she bought a white bush with birthday money from her in-laws, white because it would bring out her rhododendron better than purple. She planted it in a sheltered spot on the north side of the house, working bone meal and sand into the peat, babying it until the first frost.

In late April, the bush smiled to life with a profusion of leaves and buds then erupted into fragrant white clusters a week later. Bucket and shears in hand, she collected a half dozen stems from the bush and set them on the coffee table just polished with lemon oil—deeply, lovingly.

Shortly after six, her husband plodded up the steps. Every day was a long day at his job. “Jesus, get those out of the house.”

“Those damn flowers. I can’t breathe,” he said, dramatizing his discomfort.

Sarah laid the vegetable peeler on the counter and retrieved the lilac vase from the living room. She yanked the branches from the vase and snapped them in half to fit the waste can, cramming them in among vegetable peelings and meat wrappers.

The following May, for five consecutive evenings when the lilac was in full bloom, Sarah left a note on the counter, saying. “I’m working outside tonight. There’s leftovers in the fridge.”